Once Upon a Time In Hollywood Chatsworth

Our trek begins at the top of the Old Stagecoach Rd and ventures west and down through Twilight Canyon to Corriganville where Quentin Tarantino created the set for the Spahn Ranch in Once Upon a Time in Hollywood. For those of you familiar with the park, you know this isn’t the first movie filmed at Corriganville and we’ll be visiting some of the older movie and TV sites also.

After a little site-seeing and a loop around Corriganville we’ll head up a hill to the 118 and cross under it using a wildlife corridor. From there we’ll take a seldom-used trail to the fork at the Hummingbird Trail and Rocky Peak Trails. Here, we’ll find a rock house — a small room under a rock overhang. It was built as part of a movie set. Across the trail from the rock house is a natural cave above the trail. Rumor has it that an entire family lived there at one time. This a perfect spot for our snack break! 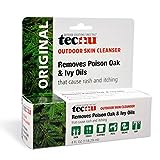 We continue our loop by heading down Rocky Peak Rd and catch the El Camino Nuevo which will bring us to the Spahn Ranch. Nowadays, the ranch is basically nonexistent; its remnants are fully blended into a maze of trees, shrubs and poison oak. We’ll take another snack break at the infamous Manson family cave. Immortalized in a 1969 Time magazine photo/piece about the clan, the rock remains untouched, and offers fans the chance to channel their inner Mansonite for a morbid photo op.

Our return to the Old Stagecoach Rd will take us across the lands once claimed by Chatsworth homesteaders.

Hike will be about 8 miles with 1,900 ft total ascent and is rated DIFFICULT due to terrain. See the Hike Rating Guide

Enjoy the history lessons below 🙂

The ranch took its name from dairy farmer George Spahn, who purchased the property in 1948. Many western-themed movies and television shows were filmed on the ranch, including Duel in the Sun (1946) and television episodes of Bonanza, The Lone Ranger, and Zorro. It was also the filming location for the B-movie The Creeping Terror.

The Spahn Ranch is notorious for having been the primary residence of Charles Manson and his followers, the “Manson Family,” for much of 1968 and 1969. Spahn was 80 years old and living at the ranch when he allowed The Manson Family to move in, rent-free, in exchange for labor.A wildfire destroyed all of the Spahn Movie Ranch’s film sets and residential structures on September 26, 1970. George Spahn died on September 22, 1974, and is buried in Eternal Valley Memorial Park in nearby Newhall, California.

We’ve been here many times. From 1937 to 1965 Corriganville Movie Ranch, owned by stuntman Ray “Crash” Corrigan, was a working film studio and movie ranch for outdoor location shooting. In 1949, it opened to the public on weekends and holidays.

In 1965 Ray Corrigan sold the property to Bob Hope. A housing subdivision called Hopetown was developed and built on a parcel near the park entrance. In the late 1960s and early 1970s part of the site was used for motorcycle racing. In 1970 the ranch was swept by fire. In 1979 another fire destroyed virtually all of the remaining structures.

Here are videos of the “Jungle Jim Rock” and “Robin Hood Lake.”  To the right is Fort Apache

The structures have been torn down but here we are October 2018 crashing the set for Once Upon a Time in Hollywood.

More appropriately known as the Chatsworth Grade Road it replaced the stagecoach route in 1895 and provided an easier and smoother route to transport goods. It was also able to accommodate motorized vehicles. We’ll be hiking along this old grade which was replaced by our familiar Old Santa Susana Pass in 1917.

Check back here often as I will be adding more historical notes, photos and videos over the next few days

From the 118 – Exit Rocky Peak Rd, turn right on Santa Susana Rd. After you pass the Rocky Peak exit off the 118 Freeway, start looking to your left for Lilac Lane. Park in corner dirt lot. There is some shoulder parking nearby too. We will meet on the corner.

The lot won’t hold all of us so here are some parking options: https://goo.gl/2kCoLi
Walk to corner of Lilac Ln and Santa Susana Pass Rd

Haven’t seen the movie? Watch it (or at least the trailer) tonight!

Want to join the discussion?
Feel free to contribute!

Trail statistics are approximate.  For safety purposes always assume they are underestimated. But don’t be disappointed if they are overestimated. Bring more water and snacks than you think you’ll need.

Trail descriptions are based on previous hikes. Current conditions are unknown until arrival. Expect the unexpected and plan accordingly.

The Organizers and members in this group are not professional leaders, guides, or mountaineers. The function of the member or organizer is only to organize the trip. Each person who shows up for a trip/meetup (and their guest or guests) is responsible for his or her own safety. By attending a hike, or any other event organized by this group, you are acknowledging that you and any guests that you bring are aware of the risks, dangers and hazards associated with the activity and freely accept and fully assume all such risks, dangers and hazards, and further agree to release and discharge the Organizers, Members of the Hiking With Dean Meetup Group from and against any and all liability arising from your participation in the group activities per the ASSUMPTION OF RISK AND LIABILITY WAIVER.

“HWD is a participant in the Amazon Services LLC Associates Program, an affiliate advertising program designed to provide a means for sites to earn advertising fees by advertising and linking to amazon.com.”

Baldy from the Village: C2C Warm Up